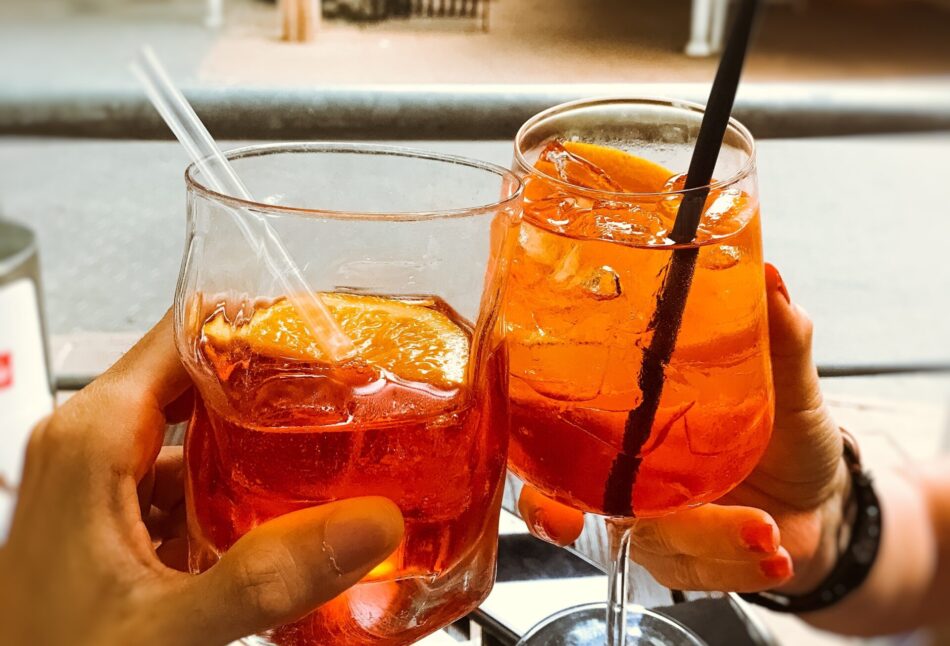 Have you ever tasted an Aperol Spritz?
In Italy, the Aperol spritz is typically a pre-dinner drink sipped with snacks. Let’s discover its history.

Though Aperol itself didn’t come into being until 1919, the idea of a spritz has been around for much longer. The name appears to trace back to the 1800s when portions of the Veneto region of northern Italy were controlled by the Austro-Hungarian Empire. Visitors and soldiers from other parts of the empire were said to have found Italian wines too strong and so lightened them with a splash (a “spritz,” in German) of water.

Wine may have been the starting point for spritzes, but the recipe slowly evolved, first substituting flat water for the lift of bubbly soda water, then progressively supplementing the flavors with fortified wines and progressively, liqueurs.

Aperol finally entered the picture in the early 1900s, when brothers Luigi and Silvio Barbieri inherited their father’s liquor company in 1912, and after seven years of experimentation, debuted the bold, technicolor tipple Aperol, inspired by the French term for apéritif: “Apéro.” The original recipe, which is still in use today, remains a secret, but we want to give you a little tip to recreate the #Spritz at home:

This pre-dinner drink is perfect with our boards with cheese and cold cuts selection.

Don’t miss the chance to taste a good one at sunset in our Borough Store and try to recreate it at home.
#Maestridellapasta #Spritz